For years, it has been believed that bald men are more virile than those with full heads of hair, primarily because of the proven link between high testosterone levels and hair loss.

While this link is a little more complex than some would have your believe, there is no doubt that bald men in prominent fields such as sport and entertainment are perceived as being masculine, stylish, and, in some instances, objects of desire among women.

We thought we would explore this in further detail, by looking at four successful football managers who lost their hair but have maintained a keen sense of style. Here are our picks.

It make sense that we should start with Guardiola, who remains the epitome of continental style and suave sophistication. Whether he is wearing a designer suit or smart-casual attire, the Spaniard always looks debonair and constantly cuts a striking figure on touchlines throughout the UK.

Guardiola has even appeared in a number of high-end fashion shoots during his time as a manager, featuring prominently in outlets such as GQ Magazine and numerous others including Gore Tex.

Placing his reputation as a style icon to one side, Guardiola approach to hair loss is also a source of inspiration. After his hair began to thin dramatically during his mid-thirties, the Spaniard decided to embrace this challenge with relish and shaved his head (while growing dark stubble to compliment the look).

This proactive and positive outlook is indicative of Guardiola’s psyche, which has enabled him to enjoy almost unrivalled success during his time at Barcelona and Bayern Munich respectively. While Manchester City will hope that this translates to the Premier League, Guardiola’s sense of style and distinguished look has already transformed the domestic game for the better. 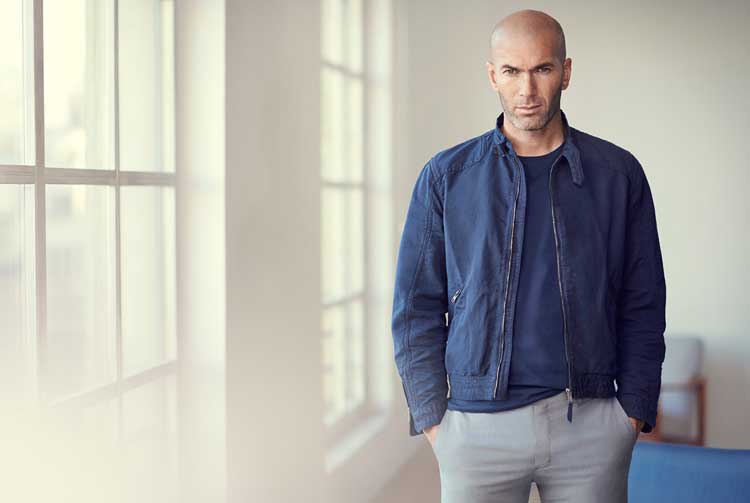 Not only was Zidane one of the best players of the modern era, but he has also enjoyed a stunning start to his top-flight managerial career too. The Frenchman won both the Champions League and the Club World Cup during his first year in charge of Real Madrid, for example, while also losing just two of his 53 games at the helm.

While the Frenchman may have enjoyed an accomplished career to date, he also cuts a stylish and striking figure on the touchline. His bald head is a seminal part of his overall look, and one that has merely evolved (rather than changing dramatically) as Zidane has grown older.

Pundits recall that Zidane had a prominent bald spot while playing for Bordeaux as a young prospect in the mid-1990s, while most reports suggest that the former French international began to lose his hair when he was 18. He has never sought to hide his hair loss, preferring instead to frame his famous bald spot with an iconic fringe before shaving his head completely during his time as a player in Madrid.

Like Guardiola, Zidane has always embraced his hair loss, ever since he was a young and ambitious twenty-something trying to make his way as a top-flight footballer. As a result of this, it has become a focal point of his clearly-defined style, and one that has helped to establish him as a fashion icon in the sporting world. Zidane has also famously modelled for fashion brand Mango for spring/summer 15 season and we felt inclined to share the video shoot with you! 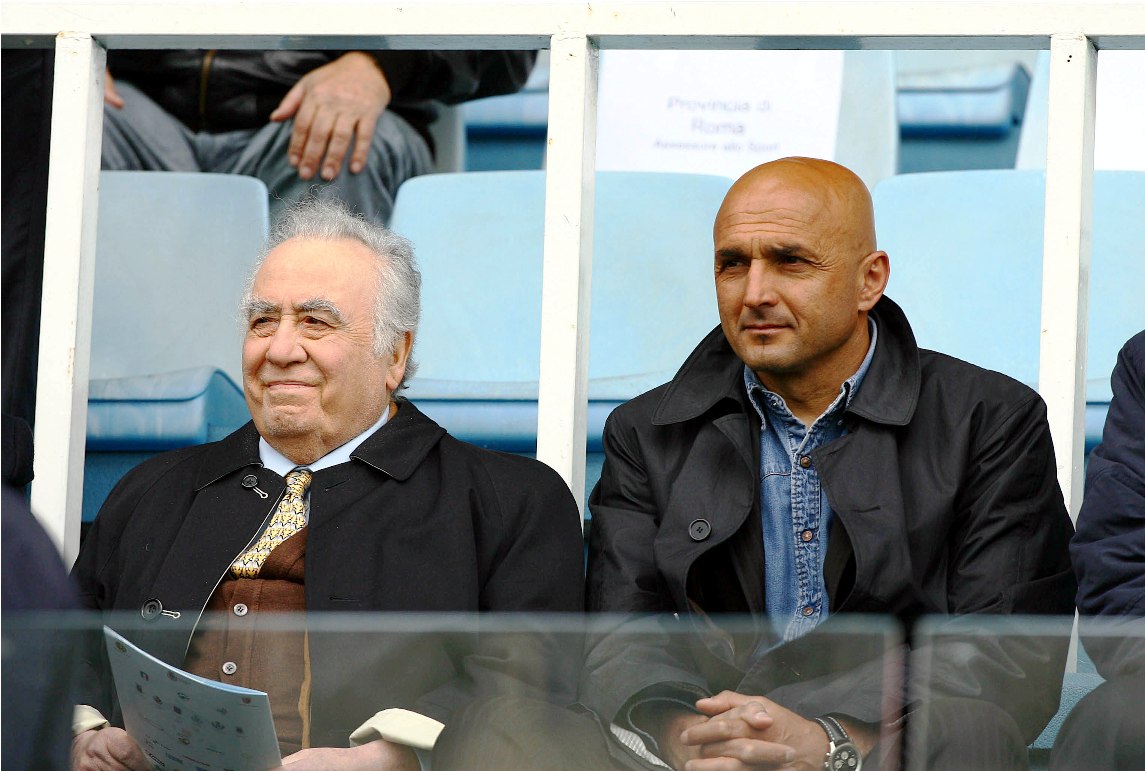 As a young man, Luciano Spalletti wore a quintessential, Italian look. Blessed with long flowing locks, his dark mane was always prominent as the midfielder forged a modest but respectable career with Serie C clubs Entella, Spezia, Viareggio and Empoli.

As Spalletti has matured and moved into management, however, his career has blossomed and he is currently enjoying a second, successful stint as the coach of AS Roma. This upward trajectory has also coincided with Spalletti’s hair loss, as the Italian’s hairline began to recede noticeably during his mid-thirties before he became completely bald a decade or so later. 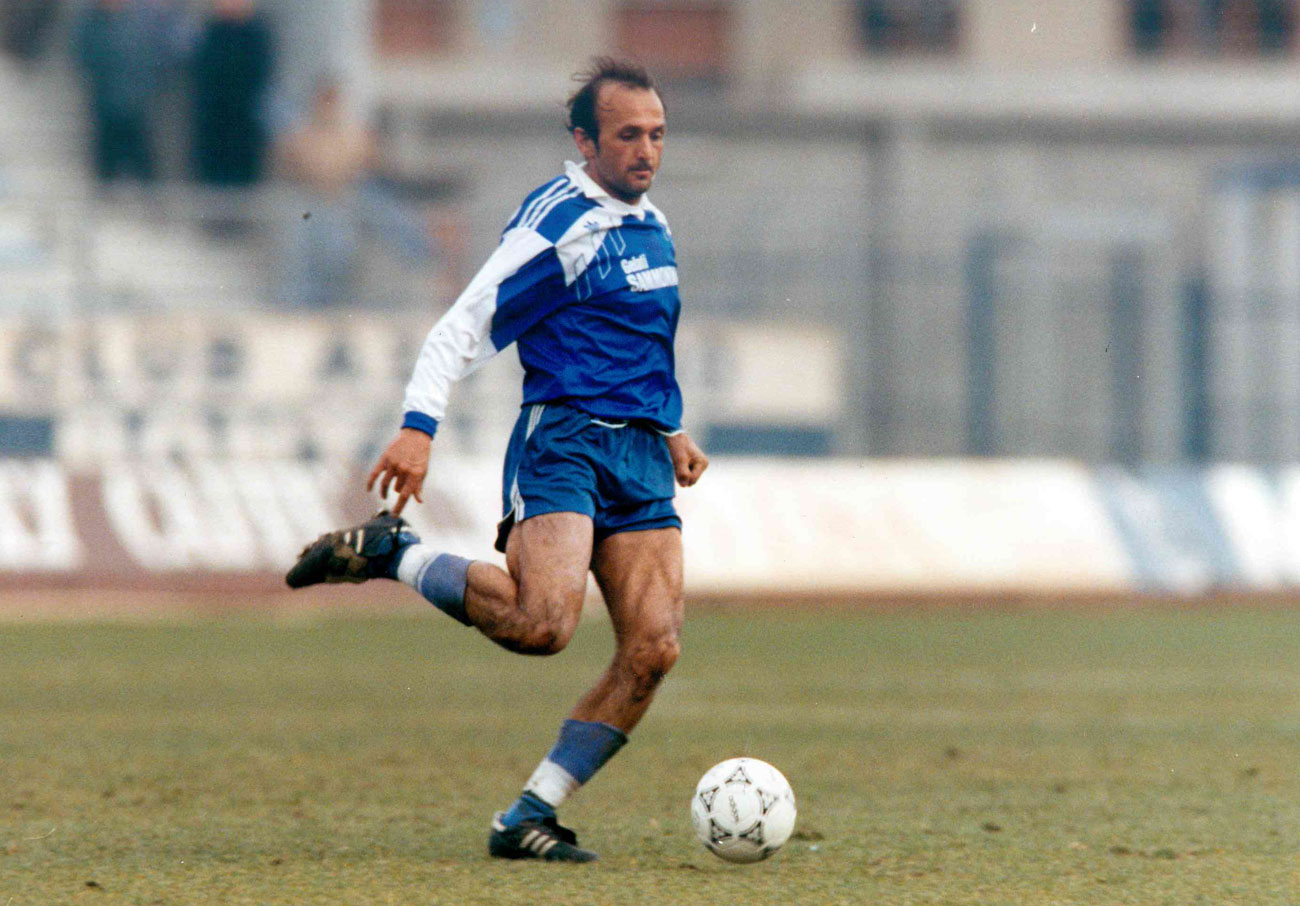 Not only has Spalletti’s baldness failed to prevent him from achieving success and acclaim as an elite-level manager, but it has also contributed to his emergence as a style icon in the Italian capital. Renowned for his sharp, azure suits and open-neck shirts, he is the very embodiment of Italian style and manages to make even the most sophisticated of looks appear effortless.

Make no mistake; Spalletti cuts a stylish and accomplished figure to be admired, while his gradual hair loss has done little to impact on his confidence or curb his future ambitions.

Di Matteo has enjoyed a stellar career, first as an attacking midfielder (most famous for his successful stint at Chelsea) and then as a young and ambitious manager with an intuitive understanding of the game.

As a manager, he is most famous for his one year stint at Chelsea, during which time he won the Champions League and the FA Cup while leading the Blues to the top of the Premier League table. A barren run of form saw his tenure ended by the ruthless Blues’ owner Roman Abramovich, while his recent appointment as Aston Villa manager was abruptly ended after just five months in charge.

It is also interesting to note that Di Matteo experienced a rapid period of hair loss shortly after entering management, as he sported a thick head of dark hair during his playing career.

Di Matteo became noticeably bald during his first job with the MK Dons. Even though he was successful in this role, the stress of management and the expectations that come with it clearly took their toll on the Italian and caused him to shed much of hair.

Di Matteo now sports a trademark shaved head, of course, while he also maintains the same presence that distinguished him during his early managerial career. His hair loss has also done little to impact on his sense of style, as he continues to dress impeccably while often sporting the Guardiola-esque combination of smart shirt, slim-fit polo neck and sharp suit.

These sports stars are the embodiment of accomplishment and success, having enjoyed prominent careers both as players and managers. They have also taken the proactive decision to embrace progressive hair loss as they have grown older, becoming icons for style and empowerment in the process. This makes them an inspiration for all, and in more ways than one.