It’s fair to say that every young man has their own worries and insecurities as they grow older, but there are some that are universally applicable across the western world. A receding hairline definitely fits this description, while this can also be a concern for men even as they continue to grow older.

According to the American Hair Loss Association, approximately two-thirds of men will begin to lose at least some of their locks by the age of 35. Up to 85% of men aged 50 will find themselves combatting hair loss, with a receding hairline one of the first stages of male pattern baldness.

In this post, we’ll look at how you combat a receding hairline, while also asking what practical and organic steps you can take to prevent hair loss in the first place!

Prevention is always better than cure, so it’s always wise to actively lower the risk of hair loss rather than attempting to combat a receding hairline in the future.

So, here are a few simple and natural ways to take care of your hairline and ensure that your locks retain their youthful lustre!

It’s a little known fact that your hair follicles are made almost exclusively of protein, and in this respect, eating a balanced and healthy diet can help to stimulate growth and maintain a thick head of hair. 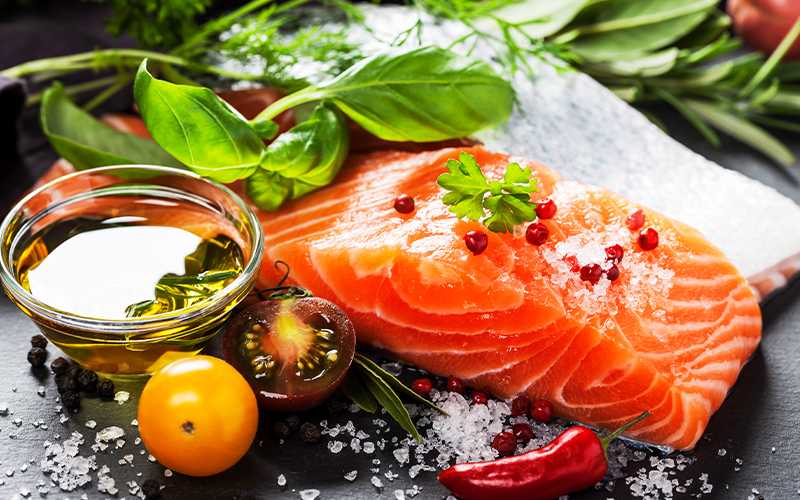 Conversely, a lack of protein and other nutrients in the diet has been shown to actively promote hair loss, amid a decline in production of their key hair protein called keratin.

In addition to creating a balanced and protein-packed diet, you’ll also need to prioritise foods that are high in antioxidants and simultaneously capable of improving the look and feel of your hair.

The reason for this is simple; as antioxidants are key ingredients in the fight against oxidative stress, which can age your hair and cause your hairline to pare back. Blueberries, walnuts, spinach and kidney beans are all rich in natural antioxidants, so these should be included in your diet wherever possible.

Other key nutrients are Vitamins A and B-12, which can be found in foods such as broccoli and cheese respectively. Vitamin E is also impactful on hair growth, with this widely available in nuts, seeds and green, leafy vegetables like kale.

Where possible, you should also incorporate red and white meat into your diet, as this introduces iron and zinc and provides key nutrients in the fight against a receding hairline.

The world of herbal medicine and homeopathy is an intriguing one, while it’s undoubtedly becoming increasingly popular amongst citizens in the UK.

Make no mistake; herbal remedies can certainly help to support healthier and fuller hair, while minimising the risk of your hairline receding as you age.

Some of the most tested and widely used remedies include Chinese hibiscus, ginseng (which is widely associated with promoting and restoring wellbeing) and aloe vera, which all have their roots in traditional holistic medicine as hair loss treatments.

In the case of Ginseng, it’s thought that this contains saponins which encourage hair growth by inhibiting 5-alpha reductase (which is an enzyme that’s directly linked to hair loss).

Rubbing aloe vera into your scalp and allowing it to penetrate your hair follicles could also help and improve dry or damaged hair, which is why this is a common ingredient in certain shampoos and even beard balms. 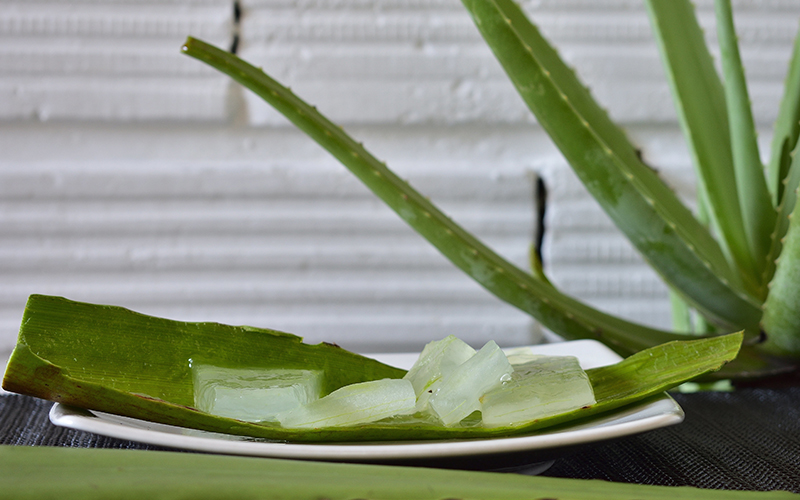 You can also mix several herbs together in a carrier oil solution to create your own bespoke remedy, although you may need to do some detailed research if you’re to get this right!

Change your Shampoo to a Gentler Product

You could be forgiven for thinking that all shampoos and conditioners have been created equal, but this is actually far from the case.

In fact, some products are specifically designed to be particularly gentle on your hair and scalp, while simultaneously stimulating hair follicles and subsequent growth.

These are far more effective than shampoos which contain chemicals that strip sebum (oil) from your scalp, as they typically leave follicles weaker over time.

Usually, the active ingredient in such shampoos is ketoconazole, which is actually an antifungal medicine that has been shown to improve hair growth in various studies. This can actively minimise the risk of your hairline receding, which is great news for young and older men who are clinging to their luscious locks!

Just beware; some reports have suggested that ketoconazole is also capable of lowering the level of DHT in the body, with this hormone directly responsible for creating premature baldness in men.

However, this hasn’t been proven conclusively, so you shouldn’t rely on certain shampoos as a way of blocking or countering the production of DHT.

On a final note, you should also compliment this effort by avoiding heavy or chemical-laden styling products. If you’re to maximise the impact of natural or gentle shampoos, you’ll need to revise your full range of grooming and hair care products.

Next Up – Actively Lower Your DHT Levels

OK, we hear you ask, how can I actively lower the levels of DHT (Dihydrotestosterone) in my body?

Unfortunately, there’s no simple answer to this question, as DHT is a naturally occurring and endogenous androgen hormone that has a direct impact on hair follicles located across the body.

However, you can incrementally decrease and minimise DHT levels by maintaining the type of balanced diet we referenced above, with a particular focus in this instance on zinc and lysine-rich foods. 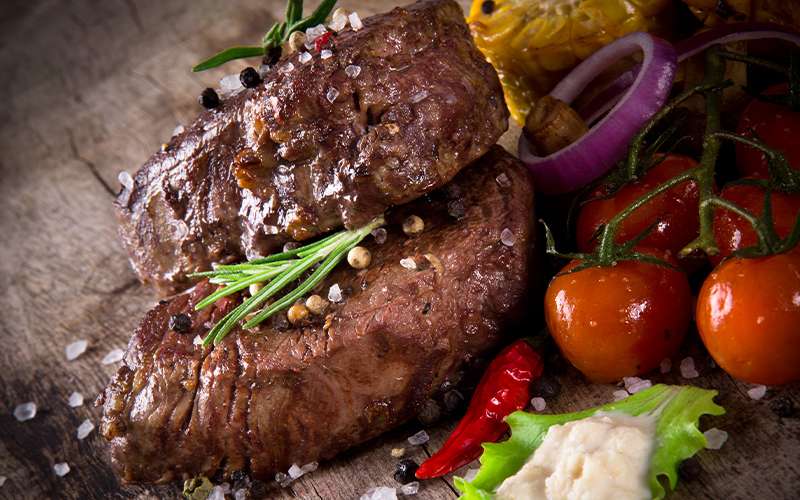 It has also been suggested that snacking on almonds, pecans and cashews can lower your DHT levels, and this is a truly delicious way of preventing a receding hairline.

How to Combat an Already Receding Hairline – Understanding the Best Hairstyles

For some of you, of course, the advice referenced above may well have come a little too late, particularly if your hairline has already begun to recede.

In this case, you’ll need to style your hair in a way that compliments this look and helps you to regain your confidence. Here are some ideas to help you on your way!

Embrace it and Go Bald!

Let’s not mess around here; as the single most effective way of combating a receding hairline is to embrace your impending hairless and shave your scalp.

While this may seem like a drastic step, it’s important to know that male pattern baldness is not something that can be successfully reversed, and although you can take steps to delay the process, there’s no doubt that you’ll ultimately end up with a bald scalp. 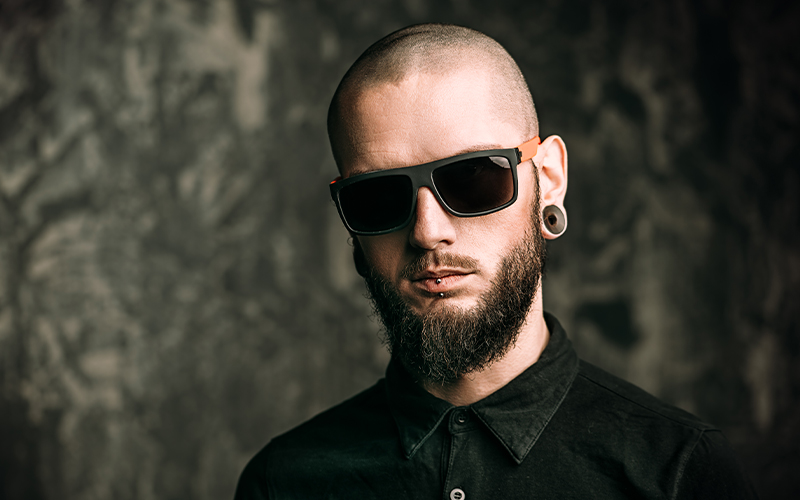 In this respect, shaving your head enables you to take control of your circumstances and cultivate a strong and confident new look that can really empower you going forward.

Even the simple process of shaving your head can be empowering, so we’d recommend that you consider this when facing up to the reality of a receding hairline.

If you’re not quite ready to shave your head, opting for the ‘French Crop’ can offer a viable and more manageable alternative.

This is ideal for combatting the typical ‘M’ shape that a receding hairline creates at the front of your head, as your barber fades the back and sides down low before blending the top.

However, it’s the fringe that’s ultimately central to this style, as this can be cut neatly in a line and then layered to provide weight and texture.

This provides the ultimate transition between having hair and shaving your scalp, as it negates the visual impact of a receding hairline without requiring you to go completely bald.

However, there’s a delicate balance to strike here, as leaving too much length can make your hair appear thinner than it actually is and exacerbate the visual impact of a receding hairline. 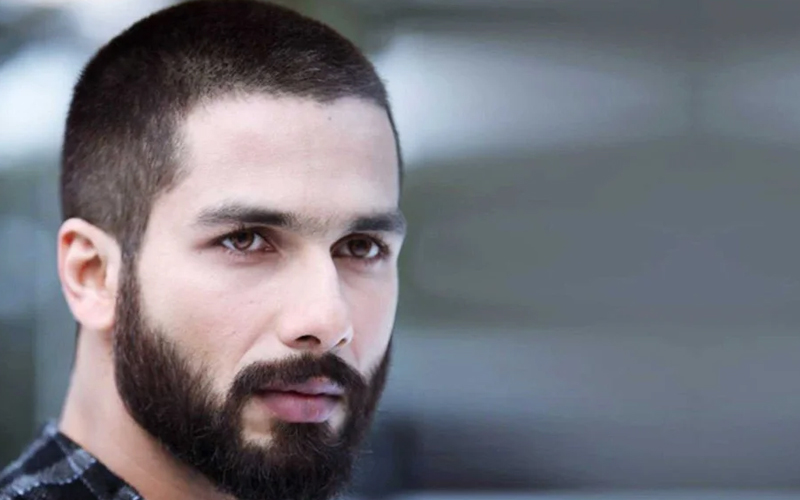 So, we’d recommend opting for as short a cut as you’re comfortable with, while perhaps encouraging the barber to use clippers on the sides and back and scissors on the top (at least to begin with).

Also, ask them to drop any length towards the nape to provide a softer and more natural finish, particularly if you want a smooth look.

The Short (or Regulation) Cut

If you’re in the early stages of male pattern baldness or your hairline has only recently begun to recede, you may want to opt for a short cut before transitioning into more drastic looks.

It certainly enables you to maintain a little more length on top, which in turn allows for a little more versatility when it comes to styling your hair.

In fact, allowing for a little more length on top almost creates an inverted triangle that positions the weight of the hair through the centre, creating a fuller and more lavish look that’s sure to appeal!

Ultimately, a receding hairline is something that every man will have to deal with at some point in their life, although there’s no doubt that this can be particularly stressful for younger males.

So, although you can take steps to minimise the risk of a receding hairline, you’ll eventually have to embrace this reality and create a new style and wider look that helps to restore your confidence.

However, there are various styles that can help you to subtly disguise or combat a gradually receding hairline, while options such as shaving your scalp can also prove to be deceptively liberating and effective!