As a brand that embraces openness, inclusivity and acceptance, award-winning grooming brand Harry’s will, this June, be launching a global campaign which calls on individuals of all walks of life to be active allies to the LGBTQ+ community and celebrate Pride 2018.

With a message that the future is brighter for all of us when we are free to be ourselves and when we are defined by our own labels rather than someone else’s, the global initiative puts the notion of pride and celebrating individuality at its very heart.

Kicking off in the UK on 18th June the ‘Shave with Pride’ campaign will see notable members of the LGBTQ+ community, including This Morning’s Dr. Ranj Singh; Bloc Party’s Kele Okereke; Queer Eye’s Jonathan Van Ness; transgender couple Hannah Winterbourne & Jake Graf; Teen Wolf actor Charlie Carver and club promoters Nadine & Tia, ditch out-dated labels in favour of their own – sometimes provocative, sometimes funny and unexpected – self-determined identifiers. Hence Singh is no longer ‘the resident Dr. from This Morning’ but a ‘Super Nerdy Gaysian & Proud’ while Van Ness bigs up his most famous asset, describing himself as a ‘Hair Flipping Free Spirit & Proud’. A parallel social media campaign, meanwhile, will encourage members of the LGBTQ+ community across the country to join in and come up with their own unique expressions to identify themselves. 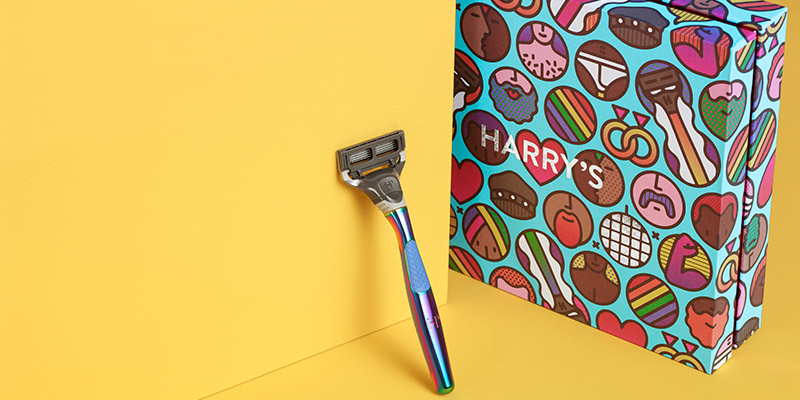 To support the campaign and in a further celebration of individuality, Harry’s will also launch a limited-edition Shave with Pride Set featuring a unique ‘rainbow’ Winston razor handle, packaged in a bold and colourful celebratory box designed by transatlantic graphic design duo Craig & Karl, who’ve worked with the likes of Apple, Nike and LVMH.

With a unique colour printing process that ensures no two rainbows are exactly the same each Pride handle is a genuine one off – just like people – making them the ultimate bathroom accessory for members of the LGBTQ+ community and great gifts for straight allies who want to show their support for their LGBTQ+ friends. In a further show of solidarity Harry’s will be donating 100% of UK profits from the sets to LGBTQ+ charities selected by the campaign’s participants. 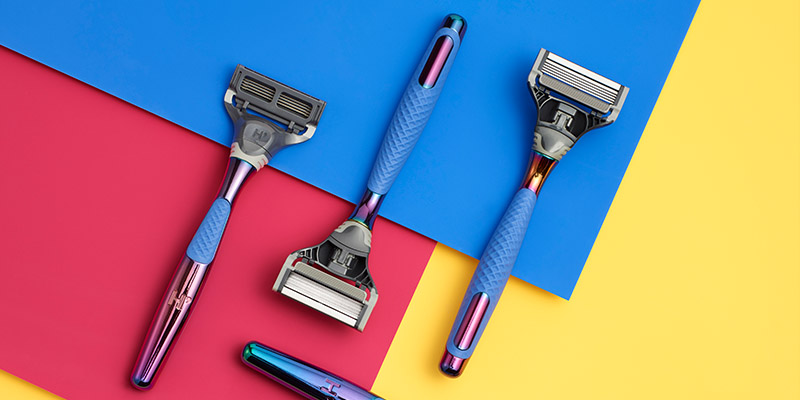 The campaign started with a company objective to promote, explore progress and signal LGBTQ+ inclusivity. As part of this, Harry’s leveraged feedback by listening to the experiences of the Employee Resource Groups (ERGs). The ERGs are internal groups of Harry’s employees who identify with others similar to themselves along dimensions such as gender, race, age, sexual orientation, disability, working parents and veterans.

Jeff Raider, co-founder Harry’s, says of the campaign: “Harry’s has a proud history of working with organisations that help challenge out-dated stereotypes and who aim to shift attitudes and behaviors that devalue marginalised groups. Our support for Pride is a natural extension of that. As a company we embrace individuality and celebrate diversity, so we’re extremely proud to be an LGBTQ+ ally.” 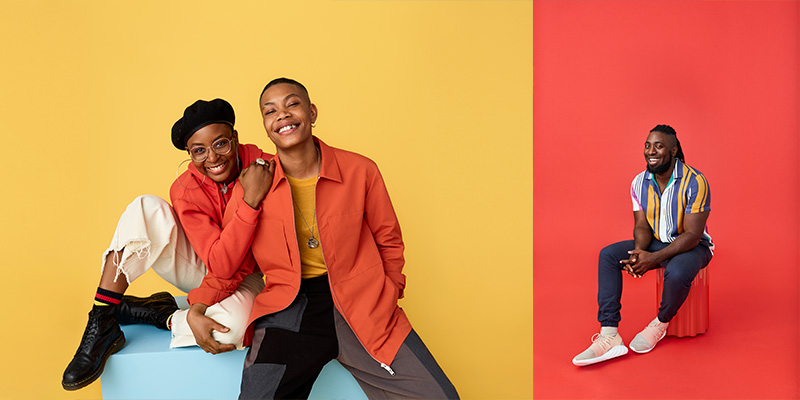 Following on from The Harry’s Masculinity Report – a study Harry’s launched in November 2017 in conjunction with UCL that looked at the core values British men aspire to in their lives – Harry’s are working with global market and opinion research specialists, Ipsos MORI, to conduct a survey that explores the changing nature of the relationships between the LGBTQ+ and heterosexual communities.  The results of the survey will be released in July 2018.

Harry’s are proud sponsors of Pride in London, 2018.

Craig Redman and Karl Maier are an illustration duo who collaborate over the Atlantic, Craig based in New York and Karl in London. Their distinctive graphic visuals and typography have seen them create murals, typefaces, set design, packaging and editorial illustrations for a whole host of high-profile clients, publications and brands. The two met at art college in Australia, and have been collaborating as an artistic duo ever since. “We live in different parts of the world,” they say. “But we collaborate daily to create bold work that is filled with simple messages executed in a thoughtful and humorous way.” Craig & Karl have exhibited across the world, most notably at the Musée de la Publicité, Louvre.