The laws of attraction are often hard to quantify, although there are some that appear to have stood the test of time. Reports suggest that women continue to find sensitive men attractive in the modern age, for example, regardless of whether they’re rating short or long-term hypothetical partners.

There’s plenty of evidence to suggest that the acceptance of male pattern baldness has changed for the better during recent generations, while our own study has found that most women find baldness attractive and indicative of numerous positive traits.

We’ll consider this in further detail below while exploring the reasons why a growing number women find bald men so irresistible.

Our own survey canvassed the opinion of 1000 women, while the questions were focused on how they felt about dating a bald man.

The key finding here was that 72% of respondents claimed they wouldn’t care if a prospective partner had hair or not, as they were focused on other and less superficial attributes when appraising potential partners. 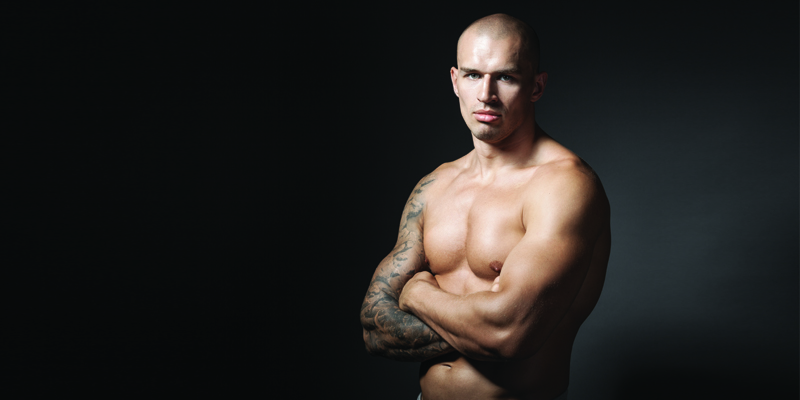 The vast majority of respondents also claimed that they find bald men attractive while revealing that a shaven head reflects a bold and confident outlook.

This largely reflects the results of national studies in the U.S. and the UK, with research conducted on Social Psychology and Personality Science revealing that bald men were perceived as being 6% more confident than those with a full head of hair.

Interestingly, this was one of numerous supposed benefits of being bald, each of which offers a unique insight into why women find shaven headed men so attractive. So let’s take a look at these in closer detail and explore the science behind the growing attractiveness of bald men.

Bald Men are Dripping in Confidence and Dominance

Even at this early stage, we can surmise that bald men are perceived as oozing confidence. This could be down to the bold and striking nature of a shaved head, of course, but there are other reasons why this may well be the case.

To understand these further, we should consider the impact that losing hair can have on males (particularly younger men). The statistics show that male pattern baldness occurs in around 80% of men aged under 70, while those who lose their hair prematurely are also likely to encounter self-esteem issues, dwindling confidence, and even depression.

This suggests that men who are adversely affected by hair loss are likely to project these feelings and insecurities when they meet women. In fact, these feelings could even prevent them from engaging and interacting with prospective partners in the first place, while such overt shyness is unlikely to be seen as an attractive trait. 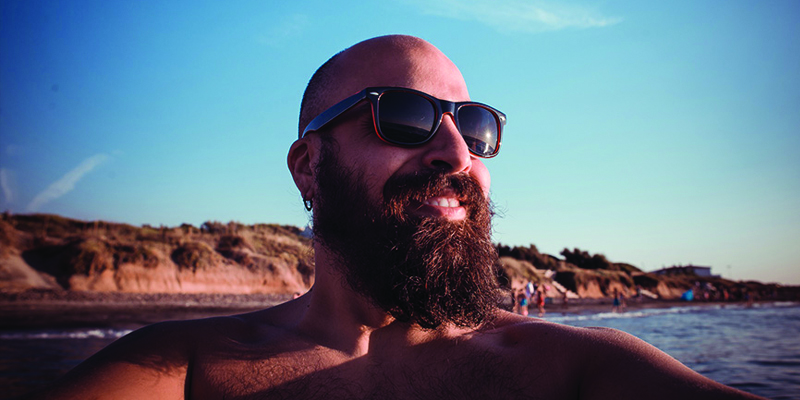 These feelings may also encourage balding men to hide their hair loss, whether this is through costly (but ultimately futile) restoration techniques or a comb-over. This could also impact on how they’re perceived by women, who may measure attractiveness in terms of how a man responds to sudden or unexpected hair loss.

More specifically, men who feel unnecessarily ashamed of hair loss or pretend that it’s not happening may appear less attractive to women, whereas those who embrace male pattern baldness are considered to be more confident and dominant in their approach.

With these points in mind, it’s little wonder that bald men are often considered to be more confident and dominant than those with hair, while it should also come as no surprise that these attributes are extremely attractive to potential partners.

We previously cited a study published in the journal of Social Psychology and Personality Science, which highlighted a number of potential benefits of being bald.

Aside from being perceived as 6% more confident than people with hair, bald men were also considered to be around 10% more masculine. This is considered to be a highly appealing trait among women, who often seek out partners that are socially dominant and capable of taking care of their family unit.

But why should bald men be considered as being more masculine than those with hair? In fact there are numerous reasons for this, including the fact that a growing number of Hollywood’s leading men and action stars sport shaved heads and have helped to change the perception of baldness on an international scale (we’ll have more on this later).

From a purely physical perspective, it’s also fair to say that shaving your head immediately makes your upper body appear far more muscular than it did previously.

The science behind this is fairly simple; as becoming completely hairless reduces the size of your head and provides a starker contrast with your upper body. This rule is particularly relevant to the shoulders, the traps and the upper chest muscles.

This is one of the primary reasons why competitive body builders shave their head, as it helps to enhance the appearance of their upper body and present a more muscular form.

We must also consider that a defined chest remains one of the most desirable physical attributes among women, so presenting a muscular upper body can certainly help to attract romantic attention.

This represents a competitive advantage to bald men, who appear naturally more masculine and athletic from a physical viewpoint.

There’s undoubtedly been a revolution in the world of entertainment, particularly when it comes to the prevalence of bald leading men.

In fact, Hollywood has been taken over by shaven-headed stars such as Bruce Willis and Dwayne Johnson (or the Rock to you and me) during the last generation, with these all-action performers continuing to dominate the silver screen.

There’s no doubt that the rise of bald leading men has changed the way in which hair loss is perceived in the western world, as Hollywood continues to blaze a trail for the rest of the world to follow. 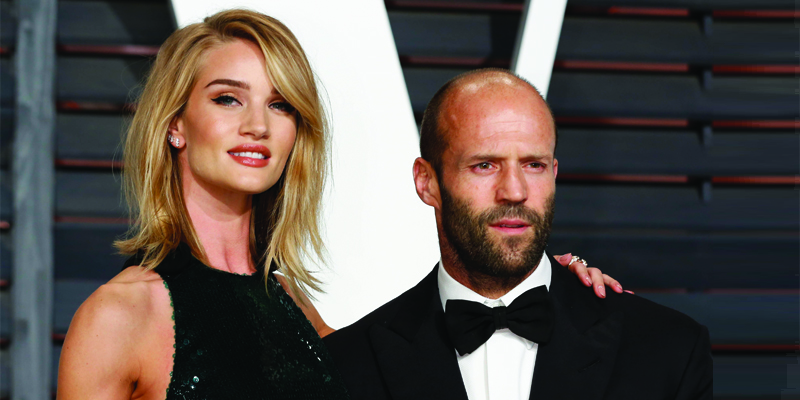 As shaven-headed actors have become increasingly successful in Hollywood, they’ve also popularised baldness and set new trends in terms of style and attitudes.

Arguably, this has also helped to make bald men more attractive to the opposite sex over the course of the last few years. After all, we’re heavily influenced by a celebrity in the digital age, while it’s never been easier to connect with Hollywood stars and take an interest in their lives through various social media channels.

Leading men also cut romantic and desirable figures, who are covered by a wealth of female fans across the globe. According to one study published in the journal Scientific Reports, women are inclined to find men more attractive once they discover that he’s desired by others, as he is subsequently perceived to be faithful, kinder and a better father.

This offers a unique insight into why bald men have become increasingly attractive among the opposite sex, and why the perception of hair loss has changed so drastically during the course of a single generation.

We’ve already used some facts and figures to explore the laws of attraction surrounding bald men, and there’s undoubtedly a wealth of statistics which support the assertion that hair loss makes men scientifically sexier than those with full heads of hair.

So let’s take a look at some of these stats and try to understand how bald men have become increasingly attractive over time.

Bald men are Perceived as Being Older – and Wiser

In one of our aforementioned studies, it was found that bald men were considered to be four years older than men with hair, while it’s also fair to surmise that most males experience hair loss later in life.

This undoubtedly influences the way in which women perceive bald men, with many believing them to be significantly more intelligent.

According to a University of Saarland study, women overwhelmingly found bald men to be smarter and wiser than those with hair, and this is clearly a desirable attribute when seeking out potential partners.

Given that bald men are often considered as being more confident, dominant and masculine than those with hair, it’s fair to suggest that this demographic should make for effective natural leaders.

Make no mistake; data scientists continue to argue that people are psychologically predisposed to see bald men as dominant leaders, both in the workplace and in their home life. 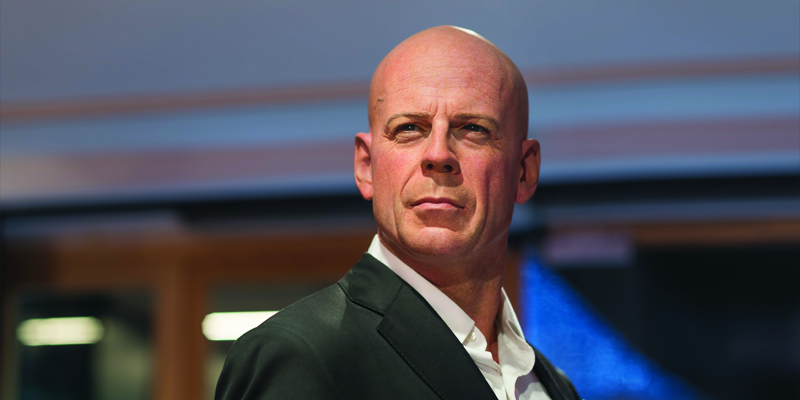 Honesty is also considered to be a trait that resonates with good leadership, while this is a highly desirable attribute in the eyes of women. This is especially true for women in search of long-term relationships, as honesty and trust are central to any progressive union.

At first glance, women tend to notice a man’s hair. In the absence of hair, however, women’s attention is drawn to a man’s eyes, making it easier for anyone with a shaved head to make eye contact and develop a rapport with prospective partners.

It’s believed that just two minutes of eye contact is capable of inspiring deep feelings between total strangers, and in this respect, bald men have a competitive advantage when engaging women and being perceived as attractive.

This also ties into the wider perception that bald men have accentuated and more distinctive features, which in turn encourages women to pay them more attention and build a deeper level of attraction.