When it comes to the subject of male pattern baldness, most men seek one of two paths. Either they embrace this condition and take proactive steps to manage their hair loss, or they pursue a path of blissful ignorance that prevents them from appreciating the reality of their circumstances.

Unfortunately, the latter are often misled by the sheer number of misconceptions that surround male pattern baldness, but the fact remains that understanding this condition is crucial if you are to approach it in the right way.

With this in mind, here are some insightful facts about male pattern baldness that can help you to manage it.

Male Pattern Baldness Also Affects Up to 50% of Women

While the term ‘male pattern baldness’ suggests that the condition is exclusive to men, this is far from the case. In fact, male pattern baldness (or androgenic alopecia to some) is also thought to affect an estimated 50% of women across the globe, with research suggesting that this can have a devastating impact on the lives of those who it affects. 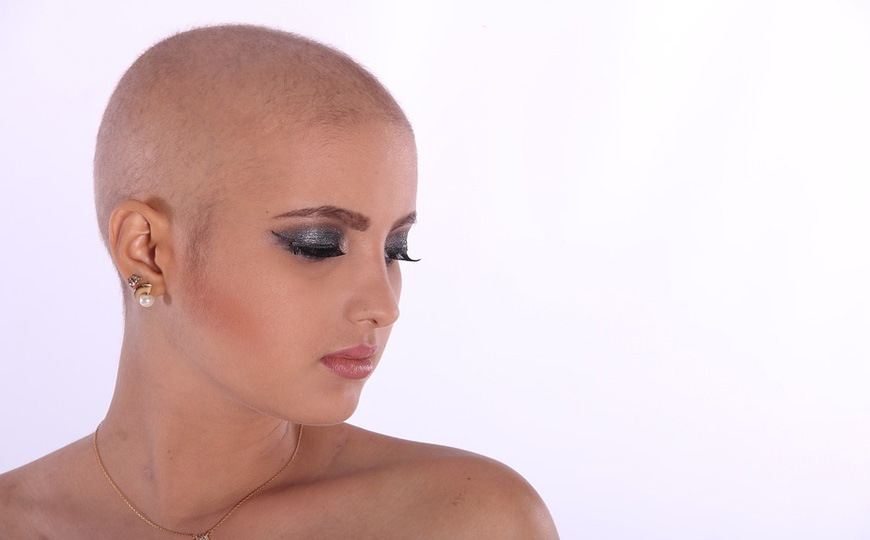 This also helps to define the relationship that exists between male pattern baldness and testosterone levels, as scientists initially believed that the former was caused by an excess of the latter.

In fact, pattern baldness is caused in instances when hair follicles are oversensitive to the hormone Dihydrotestosterone (DHT), which in turn is produced by testosterone. As both men and women produce testosterone to varying degrees, females are at genuine (if lower) risk of experiencing male pattern baldness during their lives.

It is important to keep this in mind, as this helps you to understand the true nature of male pattern balding and its propensity to impact on both men and women.

While it may be something that impacts on women too, most research on the subject of male pattern balding has explored the impact that it has on men. One of the most insightful reports, commissioned by GlaxoSmithKline, was based on a genome-wide association study of more than 1,125 male respondents and discovered that there were genetic variations that made individuals more likely to develop the condition.

More specifically, there is a pair of unknown genetic variations that increases a man’s risk of developing make pattern baldness sevenfold. This is a key discovery, especially with such a variation likely to impact an average of one in every seven men.

This genetic pairing, which is associated with one of the male chromosomes, is sure to be the subject of further tests in the future.

This is a quite staggering statistic, and one that highlights the gradual and barely discernible nation of male pattern baldness. It is also a thought-provoking fact, and one that will have the more proactive among you considering potential hair loss prevention and management techniques at an earlier stage. 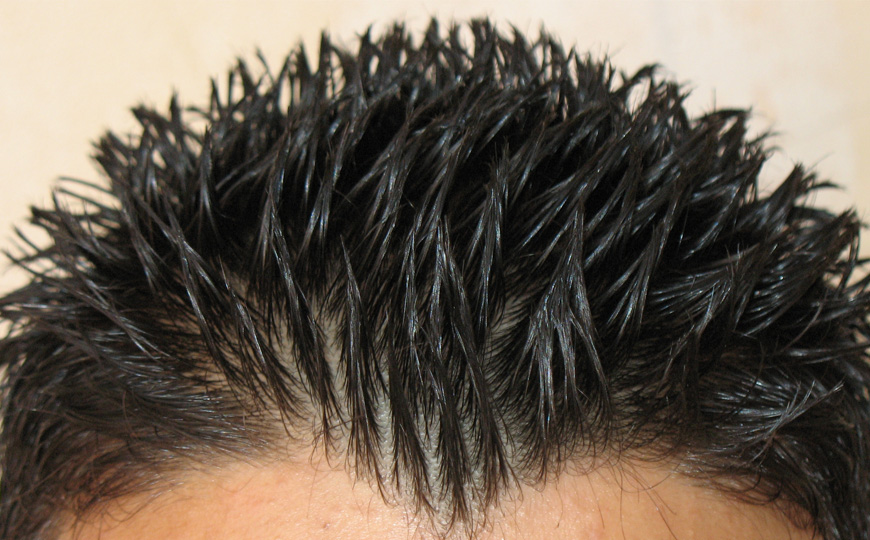 Of course, the question that remains is how is it possible to lose 50% of your hair without noticing? The answer lies in the innumerable number of hair follicles that exist, and the fact that male pattern baldness causes hair to thin on the crown and the temples before the issue becomes apparent to the naked eye. Not only this, but the male pattern baldness often starts with a gradually receding hairline, which is scarcely noticeable.

As you can see, a surprising amount of hair is lost before the issue becomes cosmetically visible. Understanding this is the key to taking proactive prevention or management measures, particularly if you initially pay attention to your hairline, your temple and the crown on a regular basis.

For 25% of the time, Male Pattern Baldness Starts Before the Age of 21

It is a generally accepted rule that hair loss specialists will be capable of estimating what percentage of men within a certain age group will experience male pattern baldness.

In fact, the number usually correlates to the precise decade of their life, with just 20% of men in their twenties expected to develop the condition (as opposed to 60% of males in their sixties).

While this simple rule is generally considered to be accurate, it ignores that fact that in 25% of instances, male pattern baldness has the potential to start before the age of 21. 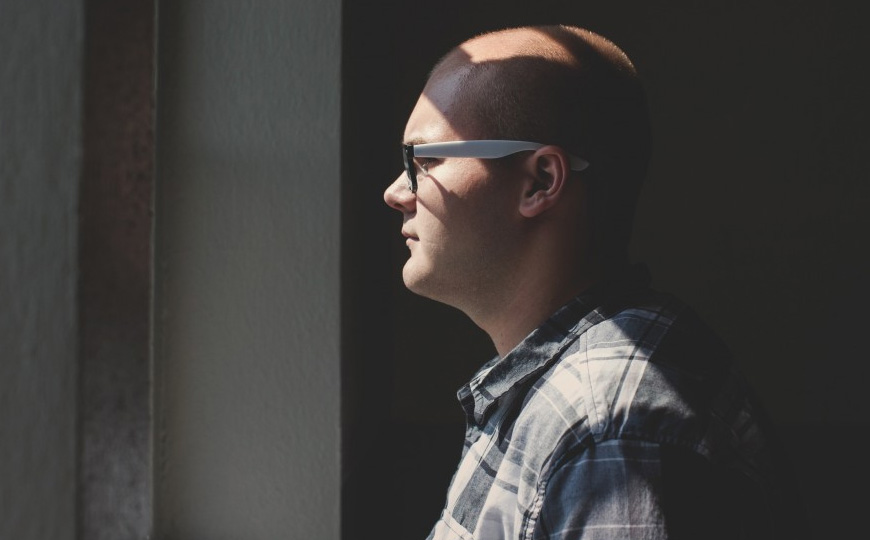 This was reported to be the case with football stars Zinedine Zidane and former England striker Andy Johnson, both of whom are thought to have developed male pattern baldness around their 18th birthday.

These prominent cases underline the fact that male pattern baldness can occur before the age of 20, making it possible to identify potential signs from a young age and determine your next course of action.

This is arguably the most worrying statistic, and one that highlights the importance of embracing male pattern balding and determining a future course action that best suits your outlook. Not only have 75% of men in the UK admitted that male pattern baldness has adversely affected their self-esteem, but a further 60% claim that the condition left them feeling insecure. 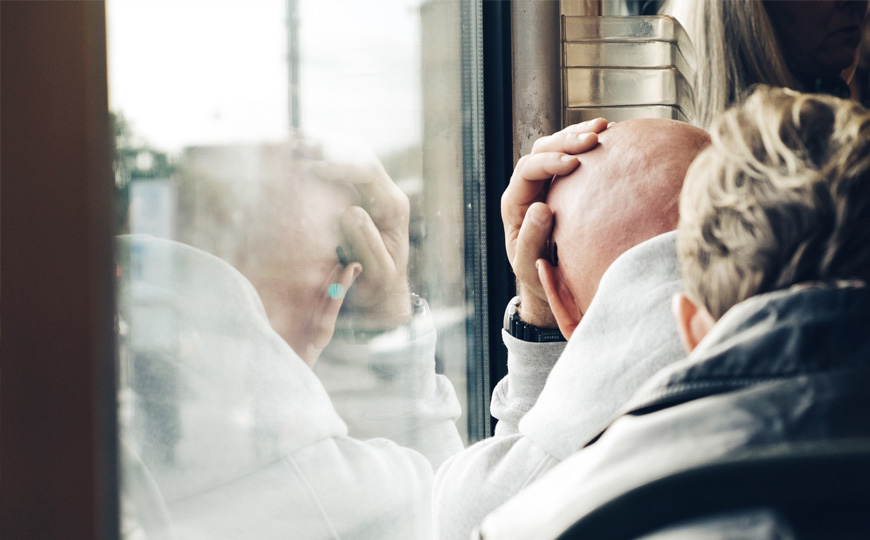 It is also important to note that despite these negative feelings, those experiencing male pattern baldness are less likely to speak to a hair loss specialist that residents in Italy, Spain and France.

This highlights the damaging misconceptions surrounding male pattern baldness, while also hinting at the lack of knowledge that exists about potential solutions.

Make no mistake; embracing male pattern balding and understanding its precise nature is crucial to retaining your confidence and developing a physical appearance that boosts your self-esteem.

Regardless of what you’ve been told, male pattern baldness is quite normal and if you’re experiencing hair loss to any degree, you are certainly not alone. Most men experience it throughout their lives and the key is to let nature take it’s course, stop hiding the obvious and grab life by the horns. Once you embrace this change, you’ll never look back.