Like anything else in the world, your reaction to hair loss is relative and dependent on a number of variable factors.

If you begin to lose your locks in your late 40s or early 50s, for example, you’re likely to be relatively relaxed and accepting about the prospect of going bald. Conversely, the 40% of men who have noticeable hair loss or witness the signs of male pattern baldness by the age of 35 are likely to react with a greater sense of urgency and seek out potential cures and treatments.

While attempting to reverse the course of male pattern baldness is largely futile, of course, one of the most compelling treatments on the current market is Scalp Micropigmentation.

But what exactly is this treatment, and what do you need to know about its methodology, side-effects and effectiveness?

What is Scalp Micropigmentation?

You may also know scalp micropigmentation as a medical hairline tattoo, and it is often described as the ultimate in non-surgical male (and female) hair loss treatments.

In simple terms, the treatment utilises specialised needles and ink to replicate the appearance of natural pigments on a balding scalp.

These pigments are applied at the epidermal level of scalp over the course of multiple treatments, as thousands of small dots are imposed to mimic the visual aesthetics of hair follicles.

So, while the treatment does not profess to boost follicle growth or minimise the loss of hair over a sustained period of time, it essentially replicates your previous hairline while creating the appearance of a deliberately shaved scalp.

This makes it unique in the field of hair loss and male pattern baldness treatments, as it directly tackles the impact of premature balding rather than pledging to address the underlying cause.

How Does Scalp Micropigmentation Work?

Before we delve into the details of how this process works, it’s important to note that there is world of difference between experts in this field and standard tattoo parlours.

While the latter may claim to offer this treatment, for example, scalp micropigmentation requires a number of specialist tools and ink to create the desired effect.

Similarly, the process required a skilled and experienced hand, otherwise you may be disappointed with the initial results or the longevity of your chosen colour.

While using specialised needled and uniquely designed ink (a little more on this later), your chosen service provider will begin to apply a series of layered and textured dots across your entire scalp.

These pigments will gradually increase in density and darkness, until you’re left with a simulated hairline and what appear to be hundreds of shaved hair follicles.

These pigments are typically applied over the course of three to four sessions, each ranging from six to 10 hours each.

This will depend largely on the current condition of your scalp and the rate of hair loss, while your choice of colour will also have an impact on how long is required to create the requisite density. 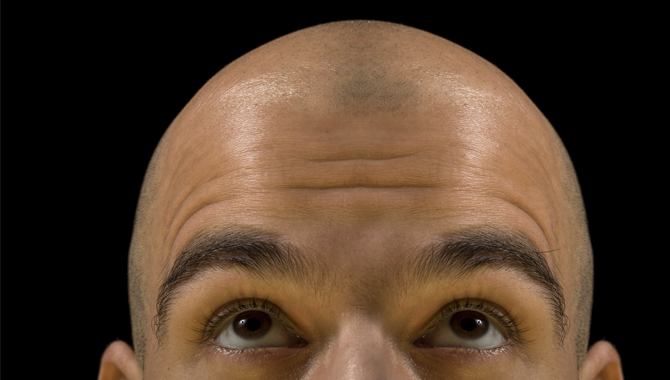 Not only are there different colours available, but the process may also enable you to request specific tones and shades.

This is because scalp micropigmentation dyes and pigments that are known scientifically as chromophores, which are molecules that are capable of reflecting specific wavelengths that fall in the visible spectrum.

In laymen terms, the human eye detects these wavelengths and perceives them as a specific colour this is due to Chromophores, which are responsible for the colour of a compound.

In fact, chromophores are capable of generating rich and vibrant colours, so they play a pivotal role in the modern, scalp micropigmentation process.

The chromophores used in this process are usually soluble in water, which enables users to create substrates of variable shade and tone.

This increases the range of colours on offer to people who are looking to undertake the treatment, but the diversity of options available will depend on the type of service provider that you choose.

Is this Process Painful?

One of the most commonly asked questions about scalp micropigmentation is whether or not the process is painful.

This is a complex question that does not have a single, accurate answer, as each individual has a variable pain threshold that must be taken into consideration.

Still, anyone who has ever had a tattoo will know that this is generally a painful experience, particularly when they’re applied to areas of the body that are not protected by excess flesh.

Given that this process essentially involves tattooing the scalp, it’s fair to surmise that the treatment sessions will expose you to noticeable pain and discomfort throughout.

When did this Treatment Emerge?

Somewhat surprisingly, scalp micropigmentation and its underlying principles have a relatively extended history, and one that can be traced back to the early 1970s.

At this time, the process used to tattoo scalps was rudimentary, while it was mainly used as a way of camouflaging the scars that had been created by botched or primitive hair transplant operations.

Are There any Side-effects?

When it comes to any hair restoration treatment or so-called solution for premature baldness, there are always potential side-effects. Scalp micropigmentation offers no exception to this rule, with many of the most prominent physical side-effects similar to those associated with standard tattooing.

These include considerable soreness for a period following each treatment session, while your scalp may also be susceptible to continued bleeding and scabbing.

In less severe cases, you may also experience itchiness on and around the affected areas, and this may cause significant irritation over a sustained period of time. 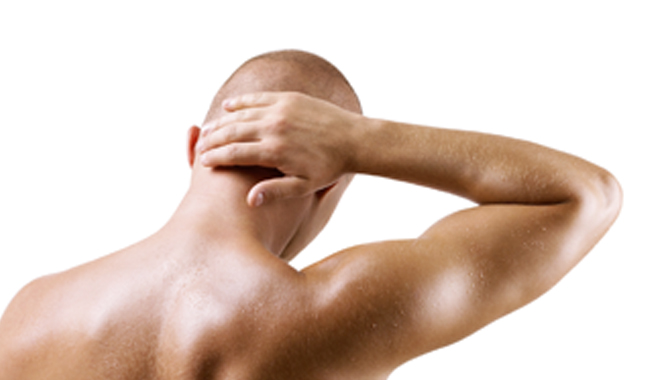 After all, while you may consider the treatment as a solution to the feelings of anxiety and low self-esteem that you may experience when you begin to lose your hair prematurely, the unique and permanent nature of micropigmentation may create similar (and in some instances worse) insecurities.

More specifically, you may be concerned about the authenticity of your artificial hair line and how this is perceived by others, while the fact that the process is also irreversible means that it’s extremely difficult to address any issues that you encounter in the future.

There are also aesthetic concerns, as while the colour and shape of your new hairline may suit a younger man, it can look misplaced on someone who is in their 60s. Even softer hairlines and generic shades may begin to look artificial on older men, so this is something that should be given careful consideration by potential customers.

Is this Treatment Just for Men?

While the treatment may be irreversible, the methodology that underpins it at least means that it remains accessible to both men and women.

In fact, as the range of colours and pigments available has diversified, the treatment has become increasingly popular among women.

Remember, an estimated 50% of women across the globe will suffer from noticeable hair loss to some degree or another, so a growing number may well enter the market in search of potential treatments and solutions.

How Much Does this Treatment Cost?

There are alternative tiers of scalp micropigmentation treatment available in the modern age, although it should be noted that all of these are particularly costly.

This is especially true in relation to the end result and the value for money available to customers, as we remember that this treatment cannot reverse or counter the progress of male pattern baldness in any conceivable way.

Even the cheapest iteration of the treatment (which has been designed to cover scalp scars) will cost between £800 and £1500. At the other end of the spectrum, a standard treatment complete with the camouflaging of scars will set you back up to £3,500, which represents a huge investment by anybody’s standards. 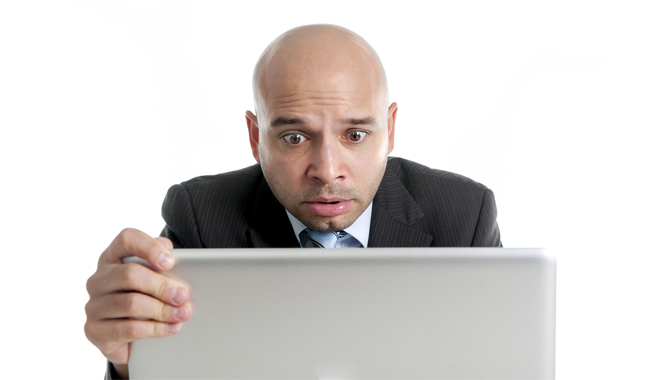 There are also various treatment iterations between these two extremes, and these cost between £1,000 and £3,000 on average.

Not only are these costs exceptionally high, but they also be considered against the equivalent expense of investing in a razor and embracing a bald scalp.

The latter option is also particularly empowering, and enables you to take charge of your hair loss and negate the impact of male pattern baldness in the most possible way imaginable.

What do Women Think about Baldness and Men who Undergo Scalp MicroPigmentation?

The concept of embracing hair loss is an interesting one, and something that has been proven to provide a host of social and economic benefits.

Social attitudes have certainly changed towards bald men in recent times, with women increasingly drawn to the innately masculine and dominant aura of males with shaved heads.

This plays into underlying social rule that confidence is an extremely attractive quality (particularly in men), so those who take charge of their premature baldness and make this focal point of a bold new look may see their stock rise in the eyes of women over time.

Women in the modern age also share a common consensus that attempting to hide or disguise hair loss is largely unattractive, as this betrays a hidden sense of insecurity.

Similarly, studies undertaken at the University of Pennsylvania revealed that bald men are perceived as being more influential and powerful in the eyes of women.

Previous research has also suggested that bald men are perceived as being more confident and masculine, which remain among the attractive traits that females crave in their male partners.

What are the Negatives of Scalp Micropigmentation?

We’re not sure whether you need any more convincing to avoid scalp micropigmentation and reach for the razor instead at this stage, but if so there are further negatives associated with this treatment that need to be given careful consideration.

We’ve already touched on the fact that the aesthetic created by scalp micropigmentation can become less relevant with age, and this is particularly true if you invest in this at a relatively early age. In this instance, you may be required to pay for further treatments as your hairline continues to shift and evolve over time, and this can create a considerable cost that may prove beyond your means.

This is indicative of most so-called hair loss treatments, of course, with prominent public figures such as Wayne Rooney having famously undergone multiple transplants over the course of the last decade. 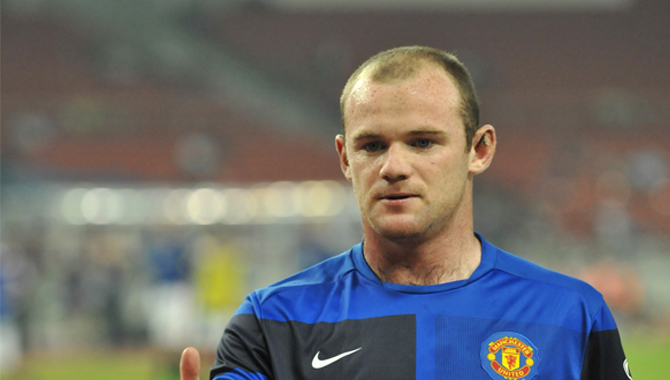 When we discussed the short-term side-effects of scalp micropigmentation, we also described the treatment as a whole as irreversible. However, although you may able to remove some of these pigments if you decide that this is the best course of action as you grow older, this will require costly and potentially painful laser removal treatment.

You’ll also have to pay for several courses of this treatment, which only compounds the financial impact of seeking out complex and largely ineffective hair loss solutions of this type.

While it’s easy to understand how unique treatments of this type can appeal to younger men and women who are experiencing premature hair loss, it’s our opinion that they should be avoided at all costs.

After all, they remain extremely expensive and are simply incapable of reversing the progress of male pattern baldness, while the potential side-effects and negative consequences far outweigh the potential benefits.

From a financial, physical and psychological perspective, it’s far more advantageous to embrace your impending baldness and shave your head.

Take it from someone who knows; this extremely cost-effective measure is genuinely empowering, while it also enables you to create a bold new look that reflects confidence, strength and positivity.