It is estimated that 40% of all men will experience noticeable hair loss by the age of 35 – and that’s not the only statistic you need to know.

It’s also said that over 60% of hair loss sufferers would rather have more hair than additional wealth or friends, highlighting the emotive reaction that hair loss tends to have in people.

As someone who experienced hair loss in their late teens, I understand the feelings of fear, anxiety and insecurity that can take hold during this time. I also have first-hand experience of how these feelings compel you to seek out so-called miracle medications and treatments, which despite being extremely expensive are ill-equipped to reverse the long-term process of hair loss.

So what exactly do you need to know about specific hair loss treatments, and why should you remain wary of the financial and emotional risk associated with each?

The available range of hair loss treatments has increased significantly over time, with modern transplantation techniques having supplemented traditional medicines such as Finasteride, Minoxidil and Spironolactone since the 1950’s.

While these treatments vary in terms of cost and application, it is also important to note that each has been designed to suit specific types of hair loss and underlying causes. 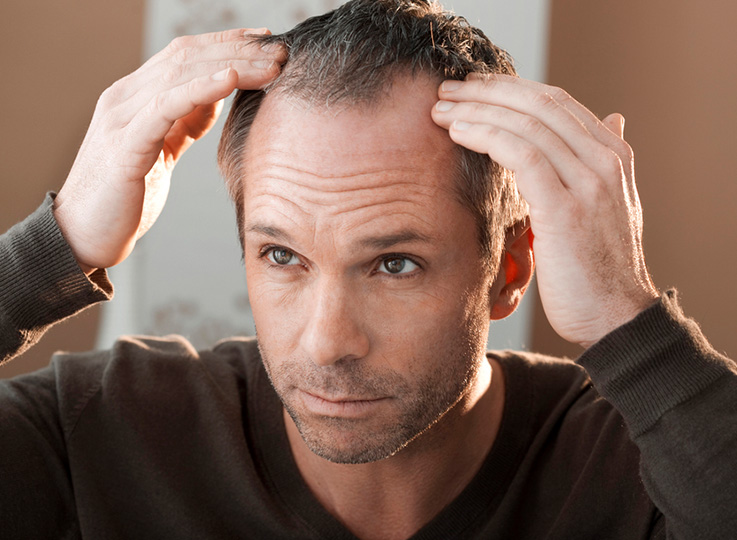 So, before I go on to discuss the available treatments and their potential side-effects, let’s take a look at the various type of hair loss and how they unfold:

What are the most common hair loss treatments and why should you be wary? 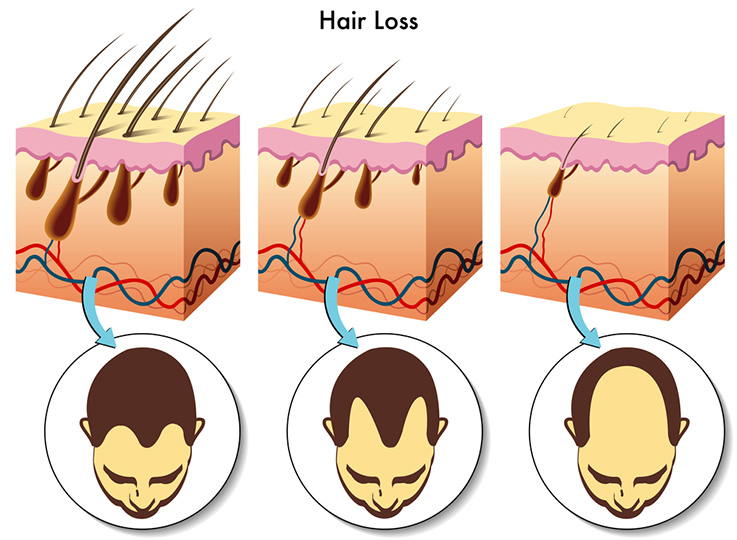 I also stumbled on a recent study of more than 1,125 men, which found that one in seven males are likely to lose their hair due to the presence of a specific gene. This ties into male pattern baldness, which is inherited and passed between generations.

Not only is male pattern baldness the primary cause of hair loss, but it is also a natural and genetic process that cannot be reversed.

The same can be said for almost all other common forms of hair loss (apart from Traction Alopecia), meaning that the pursuit for truly effective and sustainable treatments nearly always ends in disappointment (take it from someone who knows!)

So I can help you to understand this further, I have listed the most common hair loss treatments below, while highlighting their potential side-effects and the negative impact that they can have on your psyche.

While the concept of transplanting hair has existed since the end of the 19th century, I have seen it become increasingly popular on the back of celebrity endorsements.

From Hollywood actors to Australian cricketing legend Shane Warne, hair transplants have emerged as the most fashionable solution for hair loss and male pattern baldness since the turn of the century.

I consider Wayne Rooney to be the real poster boy for hair transplantation, as the former England skipper’s experience highlights the financial and emotional pitfalls associated with this treatment. 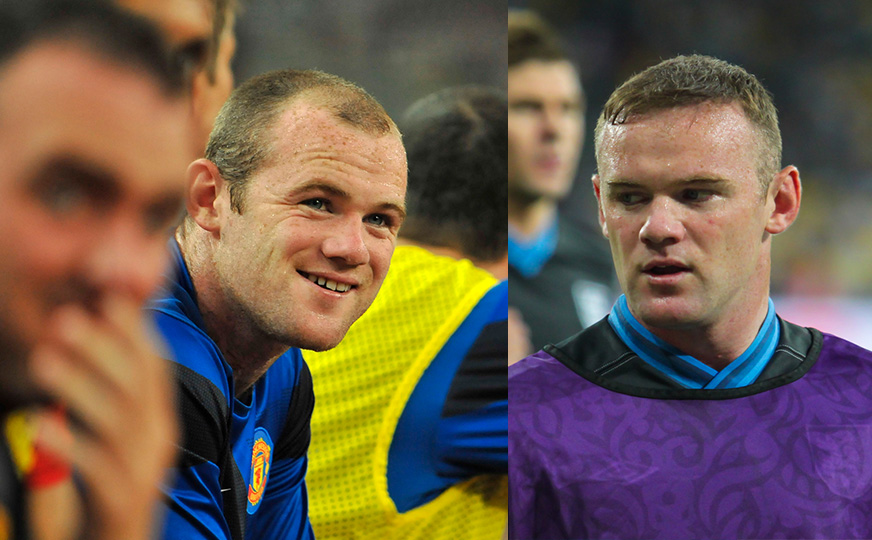 Rooney, who first spent a whopping £15,000 on this treatment in his mid-20s, has since been forced to undergo two more costly courses of treatment after beginning to experience significant hair loss once again.

It has even been suggested that Rooney has begun to apply spray-on hair thickening product to create the illusion of voluminous hair, and having tried this treatment myself in the past this simply weakens your emotional state and forces you to waste even more money.

So despite spending in excess of £30,000 on hair transplants and supplementary treatments during the last six years, Rooney has found that this treatment is unable to deliver long-term results. This underlines the progressive nature of male pattern baldness, and the simple fact that even the most skilled surgeons are unable to reverse a relentless and natural ageing process.

I also find it hard to ignore the expensive nature of hair transplants, particularly once you begin to invest in multiple courses of treatment and the costs start to mount. Embarking on such a treatment also requires an emotional commitment, and to see regular transplants fail can have a detrimental impact on your levels of confidence and self-esteem.

Finasteride and Minoxidil are better known as Propecia and Rogaine respectively, which are well-known hair loss treatments and usually targeted at people with male pattern baldness. 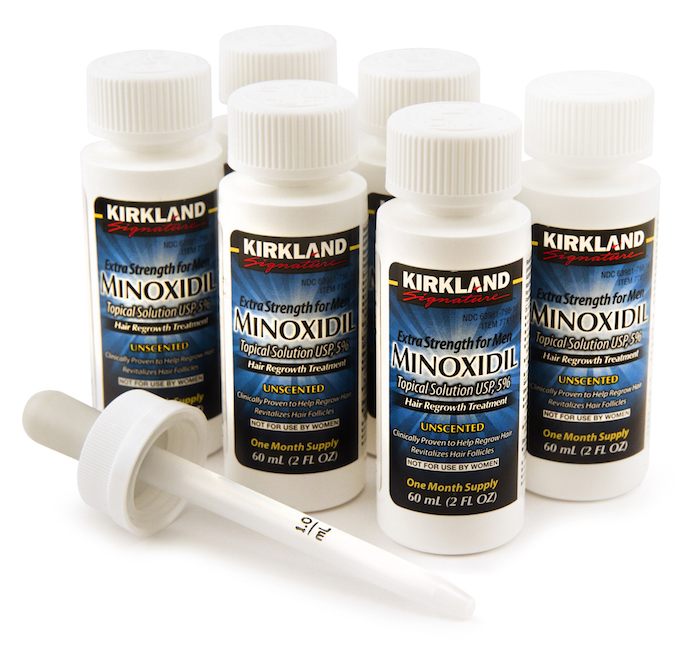 At best, they can be described as short-term treatments, as they help to slow the progressive of hair loss for as long as they are applied. Typically, you may see results within six months or so, but despite creating an initial sense of hope and optimism they are unable to fully prevent hair loss or tackle the root genetic cause of pattern baldness.

As if this was not enough, these medicines also come with a horrific set of side-effects that can cause both physical and emotional stress.

Firstly, studies have shown that Propecia can cause a lack of sexual desire, which should be enough the send a shudder down the spine of any red-blooded male!

Continued use of this medicine can also cause swelling of your hands and feet, noticeable dizziness and almost constant headaches.

When combined, these side-effects can have a cumulative physical and mental effect, undermining any short-term boost that you may receive to your confidence.

In some respects, Minoxidil and Rogaine are even worse as very little is known about how they work. They can also cause a far wider-range of physical side-effects (particularly in Rogaine for Women), including chest pain, fluctuating blood pressure, sudden weight gain and a rapid heartbeat.

Capable of causing longer-term physical damage and lowering your self-esteem, these effects must be measured against the cost of treatment and the futile nature of attempting to conquer pattern baldness (or most other types of hair loss triggers).

In fact, I would recommend that you ask yourself one question: is it worth spending so heavily and putting yourself under considerable physical and emotional strain if you are unable to reverse the process of hair loss?

Last, but certainly not least, we come to the potentially dangerous Spironolactone.

The key agent in the branded treatment Aldactone, this is typically an approved diuretic that is typically used to treat high blood pressure. Despite not being officially approved as a treatment for alopecia, it has an ‘off-label’ use and is commonly used to counteract the symptoms of female pattern baldness.

It works by restricting the production of androgens like testosterone, although once again it is a short-term treatment that can only be used for a limited period of time.

My research tells me that it is less commonly used in male pattern baldness because it can cause men to develop excess breast tissue, but this is just the tip of the iceberg when it comes to potential side-effects.

This treatment is also known to trigger decreased libido, while it can also cause the gradual accumulation of potassium in the body (this can be a trigger for several serious health issues including the disruption of your heart rhythm).

Male pattern baldness and alopecia universalis accounts for most cases of hair loss in men and women, with these conditions permanent and impervious to even the most common treatments on the market.

This is why embracing hair loss and accepting your hair loss is key, with my own experience telling me that the continual pursuit of short-term treatments does little more than empty your bank account and create further imbalance in your mental state.

When you also consider the physical and mental side-effects associated with the most common treatments on the market, adopting a pragmatic approach and positively embracing your hair loss can also help you to maintain good health!