Prince William has been named the world’s sexiest bald man – at least according to a recent Google search study.

The research, which was conducted by cosmetic surgery specialists Longevita, revealed that the 38-year old had been described as “sexy” a staggering 17.6 million times recently, almost double the amount of Mike Tyson, who placed second on the top 10 list.

Keep reading to see the full list, and who Paul and Joel would crown as the sexiest bald men in the world.

As we’ve touched on, the survey utilised Google search data to analyse how commonly keywords such as “sexy” were used to describe balding or shaven headed men.

The results were striking, with heir-to-the-throne Prince William streaking clear of some illustrious names and company in first place. Here’s the top 10 in full and how many ‘sexy’ references they earned during the study:

When you look at the list is full, it’s something of a surprise to see William at number one, but we’re genuinely pleased to see him ranking so high amongst names such as Jason Statham, Michael Tyson and (of course) Dwayne ‘The Rock’ Johnson.

Interestingly, the main reason why we’re so pleased is probably also a big contributing factor to his ranking, as it’s inspiring to see a man with such a high profile remain comfortable with his hair loss and not travel down the well-worn paths of cosmetic surgery or hair transplants.

In fact, William appears to have embraced his hair loss, rather than choosing to resist the natural process of male pattern baldness and bow down to some outdated preconceptions about what a future king should look like.

As this ranking and the wider research proves, being bald no longer carries the social stigma it once did, while we’d argue that it’s actually in vogue and something that studies have shown to be highly attractive to the opposite sex.

Certainly, previous research has found that bald men are often perceived as being taller, stronger and more dominant by women, which we reckon is a fitting description of someone who will ultimately be king!

Of course, Wills hasn’t fully shaved his head yet (probably something to do with the media scrum that was caused when he cropped his thinning hair short back in 2018).

But we maintain that this is his best look to date, and we’d definitely recommend that he takes the plunge again and fully embrace a shaved head.

It’s interesting to note that Prince Harry appears to be experiencing male pattern baldness too, although he’s someway short of qualifying for this list at the moment. He’s undoubtedly heading the same way, though, so could we see him rivalling William for a different kind of crown in the future?

Certainly, history tells us that Harry looks great with a beard, and he could definitely accentuate this look with a bald or shaved scalp.

With this in mind, we could well see the princes battling it out for the title of the world’s sexiest bald man in a few years!

Mike Tyson in Second Place and the Rest of the List

We’d wager that Mike Tyson isn’t used to coming second in any contest, having lost only six of his 58 professional fights and recently made a successful comeback at the end of 54.

Still, we think that he did quite well to achieve second place on the list, and we certainly didn’t expect him to feature as high or ahead of iconic ‘baldies’ like Statham and Michael Jordan.

However, we reckon that this has much to do with his recent exhibition fight against the similarly iconic Roy Jones Jr., with Tyson having got himself into incredible shape in anticipation of the bout.

He certainly cut a trim and muscular figure in the build-up to the contest, while his strength and conditioning was particularly impressive for a man in his mid-50s. This will definitely have influenced the minds of voters, particularly as it coincided with the Google search survey.

As for the rest of the list, there are a number of established names and relatively few surprises. Certainly, our own particular favourites are well-represented here, including action star Jason Statham (who placed third) and unbeaten boxer Floyd Mayweather (who came in sixth place).

Bruce Willis, Dwayne Johnson and Vin Diesel also made the list, although it was somewhat surprising to see them trail in 8th, 9th and 10th place respectively.

Each of these world-famous stars have topped lists of this type in the recent past, but they collected just 8.2 million ‘sexy’ references between them as part of the research. That’s less than Mike Tyson secured all by himself, while it was also lower than half the number achieved by Prince William.

While these guys may have strangely underperformed in our eyes, however, the same cannot be said for John Travolta.

As a man who has grappled with hair loss for some time, we’re delighted to finally see him embrace his new look. The actor’s starring role in ‘From Paris With Love’ showcased his baldness on the silver screen for the very first time, and we still think that’s one of his best on-screen looks to date.

So, he definitely earned an impressive seventh place on this list, especially given the level of competition he was up against!

Who are Paul and Joel’s Top 3?

You’ll know that we’ve previously written about the best bald athletes and movie stars, so it’s only natural that we’ve got some strong opinions about this list.

But who would make TBG’s top three from this list? Here’s a breakdown of what Paul & Joel had to say. 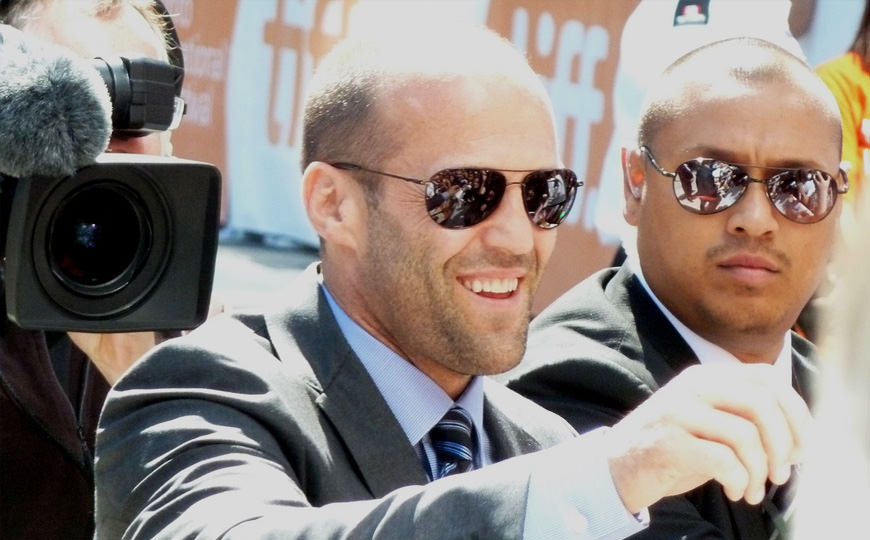 Jason Statham: I’ve been a huge fan of Statham for a long time, from the perspective of both his films and his sense of style (we even did a comprehensive review of this as part of our style spotlight). I’d definitely have placed him at the top of the list, especially as he’s a real inspiration to men who are losing their hair.

Dwayne Johnson: While ‘The Rock’ may have come ninth according to Google, he’d definitely feature in my top three. Similar to Statham, I’ve been a big fan for a long time, as they’re both able to reach a global audience and have blazed a trail for a slew of successful, bald actors in Hollywood.

Pitbull: Some may be a little surprised at this one, even though he ranked five in the Google search findings. However, he makes number three on my list as he has continually stayed true to himself and his innate sense of style, despite the obvious pressure to look a certain way as a popular artist in the music industry. 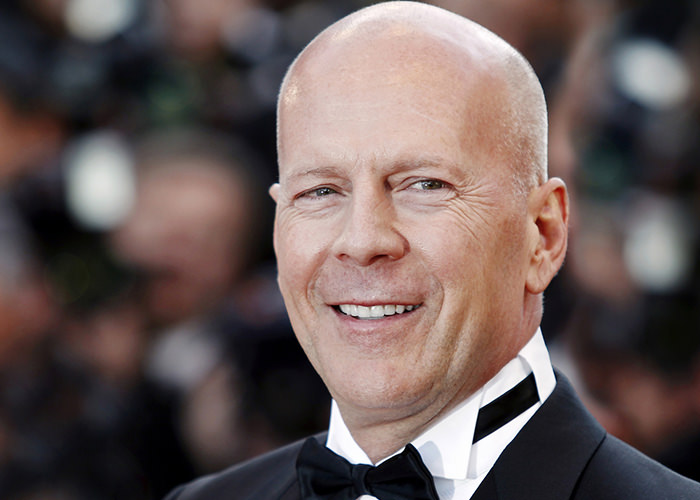 Jason Statham: Me and Paul agree on this one, as I absolutely love Statham’s attitude and indifference to what others think about him or his look. He’s also quietly confident and content to do his own thing, which is a rare quality in an age where everyone seems to be shouting about what they’re up to!

Bruce Willis: Despite his advancing years, I’m amazed that Bruce didn’t rank higher in the ranking. In many ways, he has a similar style and no-nonsense mindset to Statham, and I definitely appreciate his ‘take me or leave me’ attitude (which is something we definitely advocate here at TBG).

Michael Jordan: I’d can’t imagine not having Jordan in my top three, particularly as he started to lose his hair in his 20s (which is more common than you think). I love the way he just shaved off his thinning hair without hesitation, and it’s hard not to have immense respect for both his approach to life and his achievements as an athlete. He’s a living legend!

Ultimately, the description of Prince William as the world’s sexiest bald man is a polarising one, and some would argue that it’s not even something that Kate Middleton would agree with given the other names mentioned in the top 10!

However, each of the names on this list have a great deal in common, as they’ve dealt with the issue of male pattern baldness and managed to achieve immense success while embracing their hair loss and striking bold new looks.

This is a lesson that we want all balding men to heed here at TBG, even though we may have different opinions on who exactly should top a list of the world’s best or sexiest bald men!